Did Tesla Enjoy Any Sports? 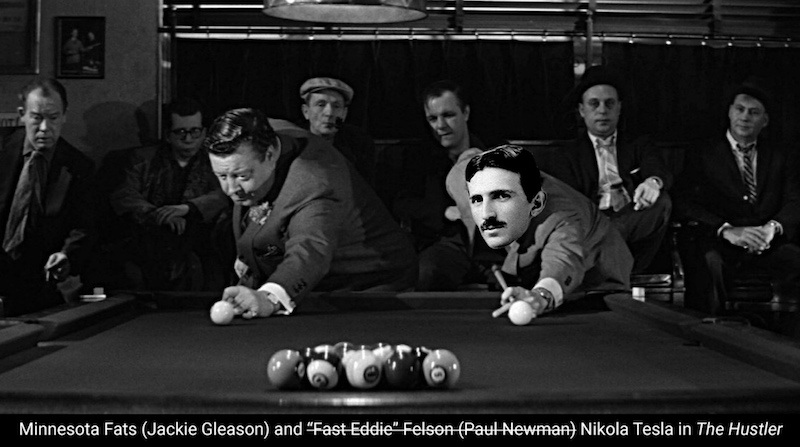 He actually was quite good at billiards, and he seemed to be a bit of a hustler.

One night at Delmonico, he convinced the manager he “had never played,” even though he had spent countless hours with a pool stick while a student. According to the manager, Tesla “became very indignant when he found that we meant to give him fifteen points. But it didn’t matter much, for he beat us all and got all the money. It wasn’t the money we cared about, but the way he studies out pool in his head, and then beat us, after we had practiced for years, it surprised us.”

Tesla also enjoyed boxing. The fascination began when he battled a bully in Lika and grew after he met John L. Sullivan, the heavyweight champion whom he considered a friend. He also claimed close relationships with Jimmy “Midland Mauler” Adamick as well as the Yugoslav Fritzie Zivic, the welterweight boxing champion who dined with the scientist whenever he visited New York City.